Administrative and Other Staff 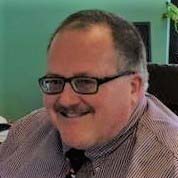 Mr. Doug received his bachelor’s degree in elementary education from Concordia College in Bronxville, New York. After graduation, he served for five years as an Elementary Teacher at Zion Lutheran School in Bridgeville, Pennsylvania, and worked for thirteen years as an Elementary Teacher and Athletic Director for Emanuel Lutheran School in Patchogue, New York.

Mr. Doug completed his master’s degree in educational administration at Concordia University in Mequon, Wisconsin. He worked for five years as Principal for Hope Lutheran School in Levittown, Pennsylvania where he also served as the Early Childhood Program Director. From 2010-2017, Mr. Doug was the Principal of Immanuel Lutheran School in Philadelphia, Pennsylvania. He holds certification as a Level II Administrator in Pennsylvania and also has a Lutheran Teacher’s Diploma.

Mr. Doug resides in Levittown, Pennsylvania, with his lovely wife, Maryann and son, Nathanael. He enjoys cooking, bible study, listening to contemporary Christian music, and is an avid sports fan.

Miss Melina has been at Crossroads since 2000. She attended the Woods Secretarial School prior to relocating to New Jersey from New York and worked as an administrative assistant for a New York firm for 9 years.

She has two grown daughters, who worked at Crossroads as Teacher Aides, and now are certified teachers in the public school system. As her children were growing up, Miss Melina was a Girl Scout Troup Leader for six years, organizing projects, crafts, fundraisers, special events and field trips. She was also a class mother for many years. Her organizational and managerial skills from all of these experiences have come in very handy in juggling the many aspects of her job! 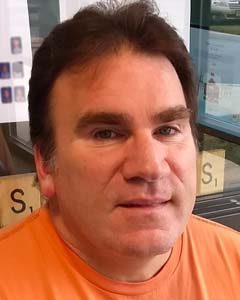 Mr. Scott came to us in 2016 with over 20 years’ experience as a corporate chef. He is married with 2 boys and often practices recipes on his family! He is a very active dad and participates in many of their activities.

His food is delicious and most of the time he cooks from scratch. We are blessed to have his talent and enthusiasm in our kitchen!